Kinkajou : I have heard that the soil itself can be used as a water storage reservoir in arid climates. This has substantially reduced drought related death in arid parts of India.

Erasmus : Even simple techniques for coping with aridity, can mean life or death for many people. For example, a very simple but critical innovation is the use of fallow cultivation fields on the plains of India.

People have been encouraged to maintain approximately 5 to 6 acres per family. Half of the land is used to cultivate a crop annually. The other half of the land is allowed to lie fallow. During the rainy season, the fallow land absorbs rainfall and retains it.
Generally it is encouraged that the previous year’s vegetation stubble be left on the surface. This stubble mulching has some advantages

This type of fallow technique is only a viable option when the soil depth exceeds 18 inches or 450 mm.  Normally about 20 to 40% of the incident water may be retained, in such shallow soils( of about 450mm). However with the soil depth of 3 to 5 m, up to 75% of incident water/rainfall may be retained. The summer fallow technique recommended and used in India relies on the fact that it would be rare that the sum of ground stored water and incident rainfall would be insufficient for crop production, in areas where rainfall averages sufficient for crop growth.

This simple technique is responsible for substantially reducing or eliminating drought induced famine in many areas of the Indian plains. There are some other advantages to this technique. The partial loss of a crop in a year of fallow is substantially offset by an increased yield in the year of cropping, via soil fertility changes.

Also good crops in years of failure create higher returns than normal crops in a good season. So there are economic and productivity advantages in following this technique.

Kinkajou : other any limitations or we can use this technique?

Erasmus : The soil must also have a correct structure to allow this type of farming to be undertaken. Generally a “clayey” loam which has a loose and permeable structure will succeed most in soaking up incident rainfall.  Neglecting to provide surface mulch at any time in the fallow fields can result in more evaporative loss of water in a few hot days, than may fall during the entire season. So constant mindful care is critical in retaining the water store within the soil of the fallow field.

Kinkajou : Other any problems with fallow techniques?

Erasmus : Stubble mulching is one of the most basic and important fallow techniques.
Stubble mulching has potential disadvantages as well. The biological material in the mulch encourages bacterial growth in the soil which reduces soil nitrogen. Options to deal with this include the use of crops such as cassava which require low soil nitrogen levels or using nitrogen-containing fertilisers. The ideal carbon to nitrogen (C/N) ratio to aid soil decomposition of vegetation is 25 to 30.

Dry woody materials or dry straw have a carbon nitrogen ratio (C/N Ratio) of 50 to 100. This tends to slow decomposition of soil vegetation and deplete soil nitrogen temporarily. While vegetation combined with soil improves soil structure including water retention, it may impair soil fertility via nitrogen reduction.

Kinkajou : Are there any situations where perhaps stubble mulching is not an option? Other any alternatives?

Erasmus : Another method of mulching the soil surface is known as dirt mulching. This disrupts the soil drying process by using tilling or ploughing techniques that separate the upper layer of the soil from lower layers. This breaks the continuity of the soil moisture film reaching from deep within the soil to the surface.

Water cannot be sucked to the surface by surface tension forces powered by moisture evaporation, and so water resides deep within the soil, essentially immune to the surface conditions/weather.

Ploughing or tilling techniques are critical to maximise water retention in the soils. A rough cloddy surface tends to captures rainfall better and reduces run-off from bursts of rainfall. Avoiding excessively shallow ploughing prevents the formation of a hard pan (sole) just underneath the ploughed surfaces.

This “sole” affects plant root growth, reduces the capillary rise of water from the subsoil, and reduces the permeability of the soil to rainfall. This adds up to reduced water storage.

Soil tilling must be timed for specific soil moisture conditions. Ideally slightly sticky soils that crumble readily under like pressure are ideal for ploughing or tilling. In many arid regions the soil after harvest time may be too dry for good ploughing. Yet if the soil is left uncultivated weeds may grow and soil drying may be exacerbated. Sandy soils and those containing high proportions of vegetation (organic matter) are able to be ploughed and worked at higher moisture content than heavy clay soils.

Kinkajou : Other any other considerations for dirt mulching?

Erasmus : Heavy clay soils need to be ploughed deeper than light sandy soils to facilitate the appropriate level of mild drying, to increase bacterial activity, and to retain a connection between the seedbed and the subsoil. In soil tilling the resulting structure is everything.

Deep ploughing can also cause problems in soil suffering from salinity/acidity issues. If the deeper subsoils are acidic, ploughing can increase translation of the acidic subsoil is into the upper soil layers. This can result in reduction of crop yields for one or two years.

At planting time, soils are the generally best worked into a granular rather than a fine powder condition to assist seed germination.

In arid areas, a reduction in the planting density may be critical. Plants may be installed into the ground at wider intervals. Alternatively planting 2-4rows and then skipping a row can assist in soil water retention and plant survival.

Even within arid areas there are different agri-ecological systems in existence. Some areas could be categorised as high rainfall arid with rainfall of at the upper margin of 500 mm per annum. Techniques for farming will vary in such areas to areas with low rainfall less than 350 mm, hilly areas and range lands. Depending on the terrain, these areas can exist in very close proximity to each other.

Kinkajou : Different horses for different courses. So what have we learnt about farming techniques over the years?

Erasmus : Some techniques relate to arid farming, or to farming in general. Crops sown in rows are much more suitable for mechanically assisted tillage. This means weeds can be removed without meticulous hand labour. Cultivating soil aerates the soil, mulches the dead weeds and stubble into the soil, thereby assisting bacteria to form nitrates. It also conserves moisture in the soil by formation of the dirt mulch.

It is critical that soil tillage or cultivation be performed especially  soon after rainfall as even a light rain can reform capillary sized connections operating with surface tension forces between the stored soil moisture and the surface of the ground. Within a few days, sufficient drying can occur that the soil moisture becomes lower than that within the soil prior to the rainfall. Timing and technique is everything, and requires experience and knowledge to be done effectively.

Kinkajou : What about crop rotation?

Erasmus : The use of crop rotation in arid climates has substantially different operating principles to those practised in areas with greater rainfall. Critical limiting factors in arid lands are that there are limited numbers of crops able to tolerate and exploit the climatic conditions in the area, so the farmer must sow crops best suited to the moisture conditions prevalent at any time.

Because moisture is so limited, the use of crops to improve the soil is much less effective than in rainfall based agricultural zones. Rigid or complex sequences of crop rotation will often fail due to rainfall variability and alterations in soil conditions, so should not be undertaken.

Crop rotations are useful technique for a number of reasons. It allows moisture conservation, through the use of specific crops. The build-up of Pests, weeds, viruses, moulds, fungi or blights can be limited by removing sustaining vegetation. Water and wind erosion leads to loss of soil.

Crops can be chosen for their erosion controlling characteristics but their usage in arid climates dictates altered usage patterns such as deployment of these crops in “strip cropping” practices. Mono cropping causes specific soil minerals and nutrients to be removed quickly from the soil. Simple crop rotation makes soil nutrient depletion more uniform, more likely to be able to be addressed by less costly general farming practices.

Finally, in small-scale monocrop farming there are farming labour bottlenecks such as planting and harvesting.   Where all crops in the rotation scheme are grown simultaneously (each being apportioned each to a fraction of the field), tasks can be undertaken in sequence and with reduced risk of overall crop failure. Unfortunately, commercial rain based farming practices require Broadacre methodologies to justify the expense of mechanisation and specialisation.

Kinkajou : So not only can we rotate crops but we can chose drought resistant crops to rotate as well.

Erasmus : Different arid environments create different stresses for plants. Plants can be chosen on the basis of

Adding Water to the Australian Interior

Kinkajou :  So let’s look at some of the potential system solutions to the problem of moving this much water into the interior.

Erasmus : Yes I can see rain being swept into the Queensland Plains to the gaps in the East Coast Great Dividing Range. I can also see the cooling of the internal parts of the continent may well be possible.

Kinkajou : We have included a few elevation maps of the Australian continent because they give different perspectives on where the higher areas of the continent lie, when perused with the common man’s eye.

If you understand the terrain you can understand how to fix the weather. It is interesting for me to see how low-lying so much of the Australian continent is with very few mountains present.

The presence of the internal central plateau lying over the bottom half of the Northern Territory is also significant consideration in attempting to moisturise the continent.

Kinkajou : This place (Australia) may well always be a desert. 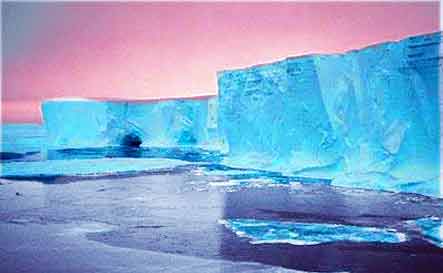 Erasmus : Unless you can work how out how to shift 250 km³ to 500 km³ of water inland annually. You would have to find this quantity of water from somewhere as well. And if succeeded in doing this, you would have to set up some sort of system that would prevent the rabbits from breeding like mad and eating the landscape back to an approximation of a lunar desert.

Kinkajou : A few small issues like that, shouldn’t be allowed to stand in the way of progress. The world needs to be fed. Hey! I have it! Eat the rabbits!!!

Erasmus : You have to catch them first.

I can see the greenies getting upset that we might lose valuable desert ecosystems as well. But no matter how much water we get into the interior of Australia, you need to distribute it as well. There will always be little pockets of the Australian subcontinent that will always be desert. Sort of like the planet Dune (Arrakis): a hot dry world floating around the hottest sun perhaps in the galaxy.