Creating gravity is the current

Much is made of the inablity to detect particles or waves : gravitons.

Gravity appears to be a force that has no energy and has no mass. And for this reason it is able to escape from the confines of a black hole. It seems strange that gravity is a force that can generate energy or movement, yet has no energy of its own.

Currently we are in an early phase of beginning to understand and subsequently to generate gravity. We need to gain experimental experience and to distribute this experience between experimenting agencies. Developing understanding of the nature and the mechanism of gravity is the Gold Lotto of the technological era.

The force with which we have the most experience is electro-magnetic force. This force is distributed by electromagnetic photons. Photons have a range of frequencies and energies and have differing properties based on these frequencies and energies. Long wavelength photons are more wavelike in their properties. Short wavelength photons are more particle like in their properties. Yet they do possess the properties of both.

There has been no particle discovered to date which carries gravity in the same way as a photon carries electromagnetic force.

The generation of gravity is a prerequisite for colonising our solar system. The generation of gravity is also a requisite for exploring space. It can function as an engine for a space vehicle. It can function much like the prow of an icebreaker clearing particles and debris from the path of a spaceship travelling at relativistic velocities.  We may speak of vehicles using exhaust matter to provide thrust, but without gravity drive technology the Universe is still largely inaccessible to us. 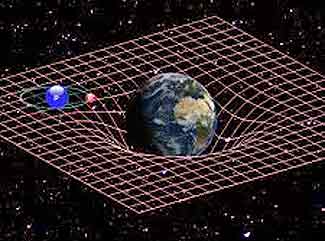 We cannot travel to space repeatedly without refuelling unless we work out how to generate gravity. Gravity gives our spaceships the capacity to leave the Earth and to return at much the same mass. Essentially a closed system, not requiring substantial quantities of mass for refuelling. Generating gravity should allow us to achieve orbit much more economically and easily than is currently possible. To explore space we need to access space: easily, cheaply and quickly.

Gravity may also allow us to explore the deeps of the planet. By generating gravity we can avoid the effects of water pressure on vehicles. By the same principle it may be possible for a vehicle to explore the sun or the depths of a hydrogen giant such as Jupiter or Saturn in a solar system, because we can avoid the effects of gravitational induced pressure on our exploratory vehicles.

Numerous examples exist in science fiction of gravity and pseudo-gravity in space ships. However, if you want to explore gravity in Brisbane or its environs, I would suggest you visit Dreamworld or SeaWorld on the Gold Coast. Gravity features in most of the rides and entertainments inherent in these theme parks. And if you don’t want to travel there, accommodation is generally available nearby.

Examples of science fiction referring to this technology:

David Brin: Star Tide Rising. There are a number of different drive technologies are mentioned within the book. These include “mass relaxation” and the “probability drive” as well as the use of “gravity”. Different species follow different technologies depending on their comfort with these different aspects of physics. Some galactic races have low tolerance for reality distorting physics – preferring their spaceships solid and always in the real world.

James Blish: Cities In Flight series. The author promotes the spin dizzy drive. The Dillon-Wagoner Graviton Polarity Generator, known colloquially as the spindizzy, is a fictitious anti-gravity device imagined by James Blish for his series Cities in Flight. This device grows more efficient with the amount of mass being lifted, hence the giant city sized space ships —it being more effective to lift an entire city than it is to lift something smaller, such as a classic spaceship.

The spindizzy drive is so named because the field generated changes the motion characteristics of the electrons in matter creating a propulsive force or drive. The physics principles underlying this method of propulsion were never meant to be applied to the worlds of spaceships or space cities more to objects rotating in a magnetic field.

Blish's extrapolation was that if rotation combined with mass produces magnetism via gravity, then rotation and magnetism could produce anti-gravity. The field created by a spindizzy is described as altering the magnetic moment of any atom within its influence. I have read some supposed witness statements that state that the Grey Aliens propulsion system is not gravity, but a form of drive affecting and pushing electrons. Same effect but different science though.

Babylon 5: Types of Hyperdrive, Stargate and Wormholes are described as allowing travel through space.

Jack Vance: Star King. The author describes Jarnell Intersplit drive which creates a type of pocket universe isolating the ship contain the drive from the rest of the universe and allowing its propulsion at supra – relativistic velocities through space.