Erasmus : In the “Vertical Farming” page we look at the industrial production of food. Food production is one of the most poorly mechanised of all of our industrial processes. The lag time between intent and yield can measure in the years. The planet is running out of arable land so we need to multiply the yields out of the spaces we already use.

We need to produce food closer to where it is consumed to minimise transport and distribution costs. If we are to avoid the catastrophic collapse of civilisation, we need to plan to have the needs of a society met locally – in food production is one of the most critical needs of the population.

Goo : If vertical farms are a green technology, where will we grow carrots or coloured fruit like tomatoes?

Erasmus : “Climate Control” is a technology which looks at changing the weather on the planet over geographical distances. Large parts of our planet are uninhabitable. Our burgeoning population demands that we find ways to use our most neglected spaces.

The Commandant : imagine if we were able to coat the entire earth with a large fluffy white cloud. Temperatures would plummet and the entire planet could freeze.

Erasmus : “Food Biotech” focuses on the most critical aspect of maintaining population on the planet – namely food production. Growing food is a slow process with a long lead time. The arable land of the entire planet is used for production of food to maintain human life.

However growing plants has an aspect of waste. Much of the biological material of the plant is not used. The extraction of biomolecules such as glucose from lignocellulose would substantially reduce the footprint of humanity on the planet, even if that planetary population were to burgeon to figures such as 80 billion souls.

The Commandant : If humanity reduces its footprint on the planet, I think there will be room for more numbats Goo.

Erasmus : “Farming Australia” looks specifically at the technologies which may be used to change how we use the vast areas of this- one of the most arid areas on the planet. The page makes the point that in implementing change – the first step is to measure the variables involved in the change, then to undertake actions to create change, to remeasure the effect on the initial variables – to allow us to make further changes. The scientific method of experiment – trial and measure, change and remeasure.

Kinkajou Tells You What Really Happened. The Truth Is Out There! "TRUE"
Kinkajou Interviews Famous People For Their Unique Points Of View: "GALACTIC TRAVELOGUE"

Goo : We Numbats have learned to cope with the environment of inland Australia. It is the imported mammals, which we marsupials have the most problem with..

Dr AXxxxx : That comment should probably include humans as part of the mammals, my young furry friend.

Erasmus : The “Gene Control” websites give us an introduction to the world of DNA which controls who we are and what we do. It is the complexity of DNA which we are only now beginning to understand. Gene segments that produce molecules such as proteins and enzymes are very obvious to us. But it is in the introns which control the expression and function of these genes where the true complexity lies.

Kinkajou : If we were to modify Numbat DNA, we could make them much more able to effectively cope with these new imported mammal threats. And as we have mentioned, DNA changes can cause behavioural changes. I imagine that changing Numbat behaviour along the lines of sociality or aggression, could easily cause a comeback for this threatened species.

Goo : I kind of like me as I am. But a super-Numbat could be good too. Would I have to wear an elastic outfit with a big "S" on it?

Kinkajou : Only if the greenies realised you weren't natural- like you know those gene-modified crops produced by the likes of Monsanto to improve food and crop production.

The Commandant : Evolution is the final judge I’m afraid , Goo. And evolution will make you as it wishes.

Kinkajou : WE have talked about Darwinian evolution being responsible for fine tuning only . True evolution belongs in both the realms of God and Science.

Erasmus : "Life Extension" has been the goal of the human race since time immemorial. To date much of our achievements relate simply to the control of infectious disease. The Paill Plus model suggests that we have some way to go in this area as well. We talk about some of our achievements as well as some of our hopes in the new frontier.

Beethoven : Maybe if we learn how to make Numbats to live longer, they would be less under threat as a species.

Kinkajou : An interesting proposal, if quite a bit left of centre.

Erasmus : “Insect Lasers” looks at new methods for controlling disease. Currently we use pesticides and some biologicals in disease control. Insect Lasers gives us new options for improving agriculture and human disease.

Kinkajou : Then teaching  Numbats how to use Lasers could well achieve the same purpose for Numbats - helping eradicate Numbat diseases, sort of like those that shorten human's lives. without going to the extent of all that genetic engineering.

Erasmus : “Social Engineering” looks at how decisions of the past have cast our social world and how these affect the decisions of today. Much of our world has grown in response to circumstances which have occurred over centuries. But perhaps many of the circumstances are not relevant to the world of today.

Consider how the tax structure of the Western world affects the birth-rate. Consider perhaps how the number of hours in the working week may affect the price of houses.

Dr Xxxxx : DNA engineering would in effect become a form of social engineering, changing Numbat’s abilities and their ability to compete against their enemies. But, to be truly successful we would need to remake Numbat social abilities: sort of like giving them the human ability to work together.

Dr AXxxxx : But in so doing, you would destroy the nature and the magic of the Numbat species forever.

Erasmus : Yes Perhaps. Traeki vs Jophur. Is the price of survival too high for some?

Erasmus : “Recycling” introduces us to the technologies which we can use to aid production in our world, without stripping our virgin resources from our planet. Our burgeoning population demands that we reduce the human pressure on the planet. Again it is the social milieu which controls many of our decisions and our actions. And it is the social milieu which influences the financial decisions underlying many of our recycling activities.

Dr AXxxxx : If your proposals for genetic engineering the Numbat species are not well thought out, the resulting disaster will recycle the species beneath the sediment of the planet. For ever. Tread carefully with genetics. Your children may come to "bite" you.

The Commandant : Yes any changes we make, must always be made with great care and with full recognition of the potential consequences of mistakes. Having a fallback plan is always a good idea. At least then you can learn from your mistakes and try to do it better next time, because you can guarantee your own survival.

Erasmus : “Ocean Colony” suggests that the ocean may be the new frontier for colonisation on our planet. It is a hostile environment due to the potent energies released by storms and waves. The only macro organisms that have colonised the oceans are fishlike denizens living beneath the surface.

Plant life is microscopic. The webpage suggests that to successfully colonise the oceans requires a technology to reduce the cost of building and sustaining our oceangoing vessels. It also suggests that the capacity to avoid the surface conditions may be critical to successful colonisation. The ocean is a desert for humanity. Few people live there, although it forms the large part of the surface area of our planet.

Goo : Perhaps Numbats can be gene engineered to become Ocean colonists. Imagine the oceans of the world crisscrossed by seafaring  Numbats. Carving out a new ecological niche for our species.

Beethoven : I hope you guys can swim.
Not much call for that sort of thing in a desert I understand. 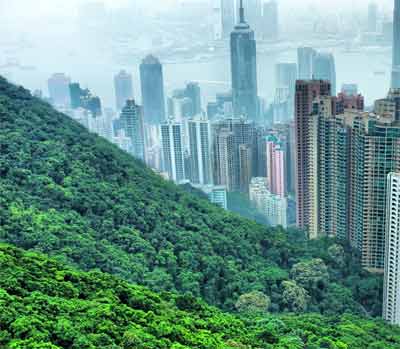 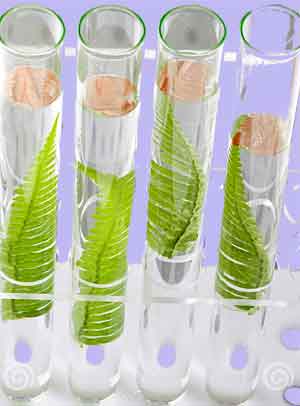