Life extension medicine focuses on prolonging life or in delaying the effects of aging.

Kinkajou : This is a topic that really interests me. Can we really live longer? What do we need to achieve this goal? The popular press says the answer is genetics. Yet to date, the major advances in human life expectancy have been driven by disease management protocols used by doctors. In short, “stopping disease” is what makes people live longer.

I think since the arrival of public health in the last few centuries, we have followed the approach that many of the conditions that affect us a preventable or treatable. So if we can cure some diseases why not all of the diseases? If we can cure disease, why not cure ageing as well.

Erasmus :That doctor who invented Paill Spectrum says the same. Stop the illness and you will prolong life.  He believes illness underlies much of our expectation of lifespan. Too much of what we see is normal, is not normal life expectancy, but what we have become normally accustomed to see.

Kinkajou : So are we really sure that we do want to extend life?

Erasmus : A society in which life extension is common would be very different to a society in existence today. Population controls would need to be draconian. Society would definitely stabilise (perhaps even stagnate) without the natural turnover of people and ideas that come from a shorter lifespan and death. Any culture which manages to transcend the effects of extended life would be very different anything we currently understand. 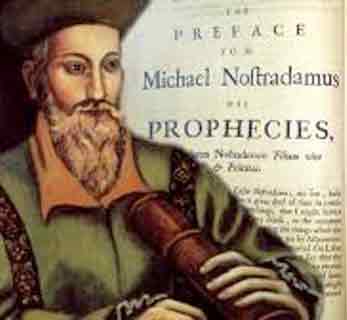 Nostradamus on the Hungry World

Kinkajou : So what is the answer?

Erasmus : I don’t think we really have one at the moment apart from the suggestions you just made. (Fix disease, prolong life). Lets’ concentrate on what a world with longer lived people may be like.

Kinkajou : We’ve already mentioned population growth. If people live longer and don’t die, there will be a lot more people. We need to feed and clothe and provide resources for all these people.

Erasmus : Nostradamus suggests that we may be getting population problems on this planet in the next thirty years.

According to Nostradamus and the theory of Civilisation collapse you espoused before, this could indeed create the basic environment for a catastrophic apocalypse.


(The civilisation collapse theory mentions: civilisation as being a process of increasing optimisation supporting greater and greater numbers of people, until a failure in a critical subcomponent results in a catastrophic chain of collapses that causes civilisations to collapse. Lots of people would then starve and die).

Kinkajou : Agreed. Population increases granted by life extension may well not be desirable. Any other ideas apart from the effect on population?

Erasmus : I think the next thing to consider is the effect on people dynamics. For instance if you live a thousand years, it makes perfect sense to stop working for  15 years or so to help you bring up the two children that you may have. It would even make sense to take a few years off to do a teaching or parenting course to help you to do this. Twenty years out of a thousand is nothing in the scheme of things.

People would have a career or careers that span twenty to thirty times the current working life. Imagine how that would create a sense of longevity or purpose of direction.

People would be much more focussed on the consequences of short term decisions. If you live for forty years after adulthood, chances are by the time you see the foolish consequences of an old decision you are too old or too far gone in the head or in health to care. If you live a long time, you are going to have to live with your stupidity for a long long time. It creates an imperative to do it right the first time. 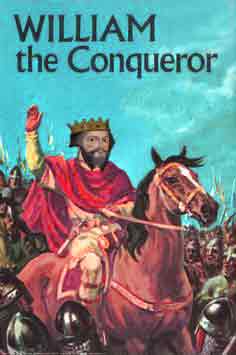 Hatreds and vendettas would last beyond current history. Imaging remembering something unpleasant that someone did to you in the time of William the Conqueror in 1066. Imagine this as a real factor in guiding your decisions today in 2012. The long perspective that long life gives, is going to cause some amazing changes.

Erasmus : I think longevity does something more than that. If the human race is ever to become starfarers, long lives are essential to the process. If a trip to a close star system: say Alpha Centauri takes 50 years at 0.1c and then fifty years to return, the process is essentially impossible for anything except a generation ship. Yet for someone living a thousand years, spending a hundred years in the pursuit of such a goal is not an impossibility at all.

Kinkajou : Que sera sera. The future’s not ours to see. Whatever will be, will be.

Erasmus : The future is not set. We have at any time a capacity to change our future and our destiny. It requires knowledge and understanding to achieve this wisdom. Only by understanding our past can we plan a path for the future. I think there are some big surprises in store for us with time. I can only hope we make decisions that protect us all as we progress through time.

I think that the Paill Spectrum mantra is interesting. It states that our current approaches to extending life and longevity are doomed to failure due to fundamentally flawed medical beliefs. I wonder where the answer will be found in the future. 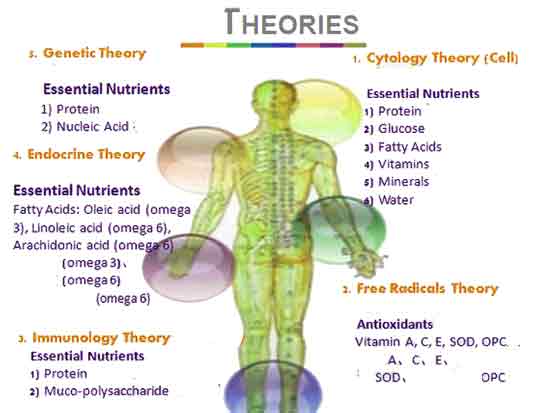 How Do Doctors Look at Ageing?

Kinkajou : So how do doctors look at ageing?

Erasmus :Currently, there are a number of different approaches. Suggested by many doctors are medicines or processes that:

Kinkajou : notably absent or poorly represented are medicines or processes that:

Erasmus : I think it is obvious to most humans that if a medicine makes you feel better it must be good for you. A simple but seductive concept of good health. Good health makes you feel good.

Kinkajou : I take your point though. I can see that if you get rid of an infection or activate your immune system, while this is good for you, you will probably feel terrible.
Let’s move on though. I think the point is made.
Most people have a very simplistic concept of working out what is good for you.  The obvious conclusion is that narcotics must be very very healthy.

Erasmus :Life extension has become formal medical discipline and is addressed by names such as:

Doctors claim these types of medicine are scientific, evidence-based, and well-documented by peer-reviewed journals. Claims are made that variety of diet and nutritional therapies, exercise, vitamin C and minerals, supplements, and herbal medications can be beneficial.

Modulating the action of individual genes has also been suggested to be important. An important example exists in the medications that modify the action of telomerase at the end of the human chromosome. Telomerase acts as a molecular clock for ageing. It also prolongs cellular longevity and replication.

Kinkajou : Let’s just hope it doesn’t give you cancer by keeping your cells replicating longer. This would Dr Xxxxx suggested as well. Dr Xxxxx goes one step further. He suggests that some mechanisms of prolonging life can actually be dangerous. For example, he suggests that any progress in changing cell ageing by reversing telomere cell ageing mechanisms will just result in increased cancer rates and illness.

Erasmus : You would certainly have to consider anything that keeps your cells alive and young longer, can help them to do good things longer as well is bad things longer. Cancer is certainly a good example of a bad thing happening when your cells live and replicate longer.

Kinkajou : I have seen claims that these types of anti-ageing therapies can prolong life by up to 20% to 800%. While I can confess I have seen some old people in my time, I’ve never seen anyone live 800% more than normal. If we find one maybe we can bottle them.

Erasmus : I think you’re missing the point about an 800% increase in lifespan. If you have only one day to live, and managed to live for eight days (as result of anti-ageing therapies), you have definitely prolonged your lifespan by 800%.

Kinkajou : Must confess that option hadn’t occurred to me. You can actually make ridiculous claims that are “totally” true.

Erasmus :Anti-agathic or Anagathic are both terms that have been used in association with prolonging of life. They generally are used to refer to a drug which retards the ageing process keeping people at the current biological age without deterioration for longer.

I think practically one can expect a restoration of lost (physical) youth. It is unlikely that anti-agathic therapies will make you become younger. They are more likely to prevent or delay senescence.

Thanatorium, n. An establishment where people are received in order to be killed. "The hospice in Brisbane is a thanatorium!"))

Fountain of Youth In Ageing

Kinkajou : I think I would be willing to undergo anti-thanatic therapy.

Erasmus : People have pursued this goal throughout history.  Examples of the Holy Grail of “life eternal” include:

Dr Xxxxx : Red Blood Cells are entirely replaced new each 120 days and white blood cells such as neutrophils survive up to four days. I think new blood is already there, so newer stuff is not going to help.

Another portion of this improvement is simply due to public-health reducing deaths due to infective illness. Simple measures such as sanitation of water supplies, pasteurization of milk and food safety have all cause significant life expectancy gains.

Chronic disease management medications such as anti-cholesterol, heart failure or diabetic medications have similarly delayed the deterioration of human bodies and organs, and improved life expectancy.

There are other ways of looking at this life expectancy issue. If people have a one in 100 risk of dying each year from an accident or illness or infection, then average life expectancy will be some of the order of 100 years. However, there are people who would exceed this lifespan.

We have some substantial expectations of long life. Long life with diseases of old age such as dementia, arthritis, and heart disease would not be desirable to most of us. What we desire is long life with good health.

Dr Xxxxx : Certainly in the current era, most people can expect to remain fairly well until they reach their final years. In my practice, I see patients stay fairly well until last year or two of their lives. In this time, they experience weight loss and progressive cascading illness. Eventually they die.

Kinkajou : Longest lived human documented in the world was Jean Calment who lived 122 years, having been born in 1875 and dying in 1997. Mice by contrast, at an average life expectancy of possibly three years.

Erasmus : Let’s talk about “Theories of Aging” Theories include: 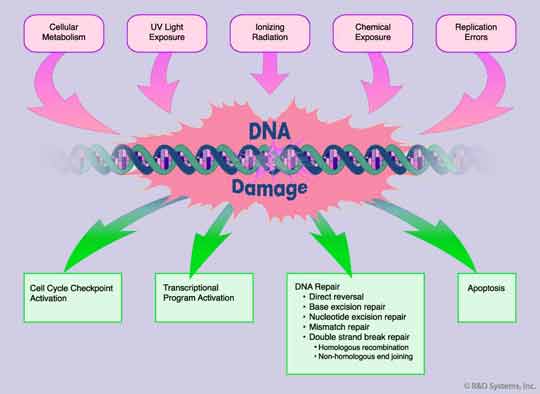