Vehicles are defined by their milieu. They are made to fulfil a purpose : transportation, under specific conditions.

As needs change, sp should design.

Kinkajou:   I would like to thank you Colonel for giving us some of your time. We are all very interested in how the humans survived the first conflict with the alien UFO presence. Could you tell us something of the vehicle technologies involved in the conflict?

Col Ed Straker: One of the first key issues was the ability to identify the aliens. They had been operating within the human realm for a considerable period of time. It took us much time to realise that the aliens consisted more of a psychic presence or presence in another dimension rather than a simple physical body. This meant that they had many unusual powers, with which humanity is unfamiliar.

In terms of military technology their vehicles demonstrated the ability to undertake rapid deceleration and rapid directional changes. It is only by utilising special detection technologies that we were able to obtain enough information on their flight path to be able to organise an interception.

There has been much speculation on the type of propulsion technology used by the aliens. Some scientists believe that they possess the capacity to generate gravitic propulsion.

Our own science at the moment is stalled in the use of the manipulation of electricity in electro-magnetism, electrochemistry and electro-propulsion. To date it has proven very difficult to obtain technological specifications for the alien spacecraft as they tend to self-destruct soon after entering the earth’s atmosphere. 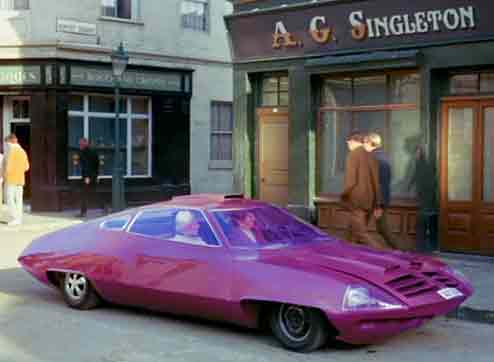 Kinkajou:   Could you tell us something about the new types of vehicles which we developed to combat the aliens?

Col Ed Straker: We were forced to develop a substantial amount of mobile infrastructure. New vehicles were designed to reliably access earth orbit and that were capable of reaching the moon.

The submarine aircraft launchers were particularly clever piece of technology in that they allowed us to maintain stealth and to access the aerial engagement envelope over much of our planetary surface. As oceans cover about two thirds of the planet, this has meant that we were able to extend our coverage over so much of the globe.

The era was an exciting time for us as even the average car was being redesigned. To remove the constraints imposed by the presence of doors on entering or exiting a vehicle, car wings were developed to completely remove the doors out of the field of operations of human beings entering or leaving vehicles. These had been a significant innovation in vehicle design and a substantial change from vehicles first pioneered by Henry Ford.

Of interest to us was the aliens’ ability to stop the operation of car engines.

Kinkajou:   I would like to thank you for your time, Colonel.

Kinkajou:   I believe there have been some interesting developments in the concept of life in your world. Tell us about how these developments have affected longevity and life extension.

Serjeant:     Introduction to the concept of “beyond” was accidental. Something happened on Lalonde which allowed the souls to come back and possess the living. The rampant spread of this infestation and the displacement of the living were the cause of the problems that we faced at the time. Bodies could not be shared.

If one of the dead possesses the body, the living soul is displaced. We were faced with the difficulty of trying to flush them out of the bodies they had stolen.

There was a hierarchy in the “beyond” as well. The more malevolent souls from beyond drove the process of the displacement of the souls of the living. They threatened the other possessed that if they did not join with them, they would find other more worthy owners for their new bodies.

The humans of our time could not allow this to occur.

Kinkajou:   An interesting development. Throughout history we have always assumed that the dead would sublime and disappear into nothing. It would have been an incredible shock to realise that they continue to exist, and longed for another existence.

Did you need to feed the possessed or is the process something akin to zombification?

Serjeant:   The one intractable difficulty of the new life is food. The energistic “power “from the other world simply cannot conjure food into existence, no matter how creative or insisted you were. The possessed could use their “power” to cover a plate with a mountain of caviar, but if you cancel the illusion, the glistening black mass (of caviar) would relapse into a pile of leaves or whatever raw material you are trying to bend to your will.

The possessed were forced to become “citizens” of our civilisation through this simple force of nature. However, I believe they felt that eternity tilling the fields was better than eternity in the “beyond”.

Possession was a second chance for a new life. I remember one of the possessed we captured telling me that she had been quite repressed back when she was alive the first time around. Sexually that is. The new body enabled her to experience life in a fashion she had never been able to experience before.

Kinkajou:   So how did society combat “possession”?

Essentially we were a form of mechanised infantry. I remember standing in a VoidHawk ship after I had been animated. The biomedical supervising team were still in attendance. Our heavy dull rust covered bodies stood almost shoulder to shoulder as we discovered for ourselves the parameters of a new physics. Our creators certainly hadn’t skipped in the design of the genetic sequences of our bulky construct bodies.

Initially we had been animated by many old strategy game players. They programmed us, animated our bodies and gave us the ability to fight.

It only takes two sessions on average to train a Serjeant:  Human mercenaries are formidable at the best of times. It’s just that they’re all far too reliant on the neural nanonic programs for fire control and tactics.

In this conflict with the possessed and their energistic capabilities, human mercenaries were likely to lose the ability to function in combat. If the possessed did break through the frontline, neural nanonics programs are often the first piece of equipment that is going to glitch.

Kinkajou:   Yes. I believe Memristors can be quite susceptible to energy field influences. Since the possessed can generate energy effects or fields for some distance, complex electronic circuitry could be circumvented or glitched, with devastating effects on the typical combat formations of your world. 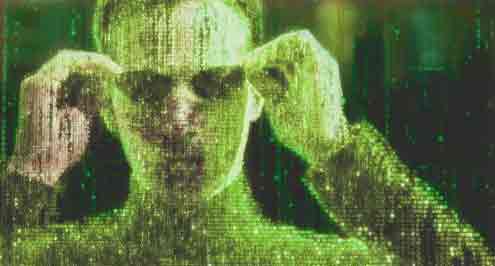 Serjeant:   This type of circuitry is certainly used by many criminal elements of our time. Sequestration nanonics have been used to turn many people into biological mechanoids.

Kinkajou:   So bio-mech infantry are the wave of the future?

Serjeant:   Not necessarily. Ordinary troops are a relative description when one is talking about boosted mercenaries. In many combat situations, mercenaries are singularly effective and can show much more initiative and imagination than bio-constructs such as we serjeants.

Kinkajou:   Other any other situations where electronic circuitry can be compromised in a combat situation?

Serjeant:   We use AI’s for troop support and logistics planning and delivery. This conflict is one of the first times in history that a land commander has had no need to worry about logistics. It’s simple enough – you just tell the AI what you want and it designates it for you. The only problem of course arises should possessed get near the AI, compromising the complex and delicate circuitry.

Kinkajou:   I imagine your weaponry would be substantially different to that used in many previous human conflicts?

Serjeant:   Certainly! The static gun was the weapon the kingdom had developed to arm the serjeants for the liberation of our target planet. A derivative of the machine gun, inert kinetic tips (bullets) had been replaced by spherical pellets which carry a static charge.

These static electrical charges play havoc with the energistic ability of the possessed. Every pellet carries the same level of charge. However the variable rate of fire allows a Serjeant to cope with the different strengths of the individual possessed we encounter. Also because the guns’ mechanism is mechanical, the possessed are unable to glitch them.

I believe that some awesome developments in fuel cell miniaturisation where necessary to enable this type of weapon to be deployed in combat with the possessed.

There is a routine necessary to become familiar with the new weaponry. I think I’m beginning to comprehend my guns’ parameters. My thought routines have been assimilating its handling characteristics and autonomic level, since I have been activated.

Kinkajou:   Have there been developments in troop transport in your world?

Serjeant:   Yes our HellHawks are capable of opening wormholes in the energistic zone. This makes troop transport across galactic distances easy. However with possessed officers on board the enemy’s target fleet, aiming at and killing a target are very separate concepts.

The ability of the possessed to interfere with electronics makes space warfare a very difficult proposition due to the need for computers for targeting and navigation. 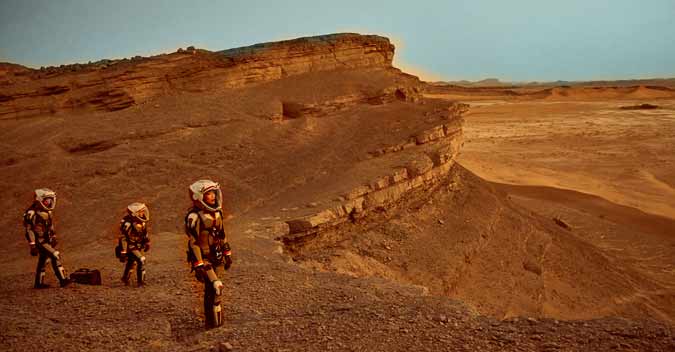 Kinkajou:   You still have the problem of getting your fleet into orbit. This has been one of the problems that has plagued civilisations who have sought access to space in my world.

Serjeant:   Fusion technologies have enabled us to generate sufficient energy in sufficient quantity to escape from gravity wells such as exist around every planet or stellar body. Starships have fusion generators and ancillary Tokomaks. Micro-fusion generators are typically used to power many independent weapon systems, maximising the ability of a ship to take damage but to still continue fighting.

We also have the ability to use antimatter. For example, we often use antimatter powered combat wasps in fleet actions. Their small size and incredible destructive potential makes them a formidable weapons system. To escape them, requires the targeting and destruction of every individual wasp, a feat which can swamp the capacity of many computer systems to integrate.

Kinkajou:   I wish you well in your coming battle. I can see that reconciliation with the possessed must occur. The most obvious development is to biotech engineer new bodies for the possessed, allowing those possessed who seek an extended life to have it, without endangering the life or stealing the bodies of the living. It would necessitate a substantial change in our modes of thinking in realising that the human soul exists forever, and in a physical sense.

And on a spiritual level, we now know that there is life after death.