do not allow multiple departures and arrivals

to a planet surface.

Kinkajou:   Could you tell us about the method in which you solved the problem of orbital access?

Avon: The technology which we utilise was actually developed by an alien civilisation. We are just fortunate enough to be able to enter and co-opt their vessel. They used a form of quantum matter transmission from ship to surface which obviated the need to develop vessels or shuttles to and from orbit.

This is a singularly important innovation as it allows the ship to operate with minimal need for refuelling. It also allows exploration in a much more personal aspect. Crewmembers can access planetary surfaces, perform exploration and have the capacity to use quantum matter transmission is a method of escaping danger.

Obviously this improves safety as well as allowing assessment and observation of many more hostile environments than would otherwise be economic or prudent. 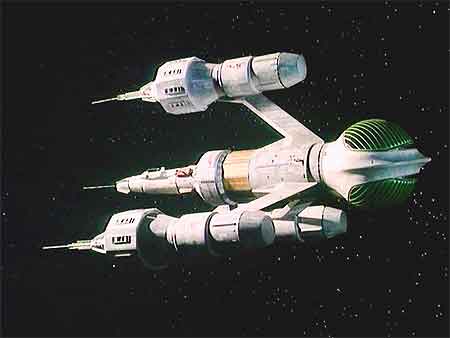 In the Earth’s history, many ships could access orbit and land using atmospheric braking to minimise fuel expenditure. However to take off again to proceed to another location has been essentially impossible for many orbital vehicles without the necessity for refuelling.

Quantum matter transmission allows us to access many different points on a planetary surface and to bypass the need for refuelling as a limiting factor for our activities.

Kinkajou:   An interesting solution to the problem of accessing planetary habitats  from orbit. Unique!

Kinkajou:   Could you tell us of the technologies used to achieve orbit?

Predator: One of our most basic technologies utilised substantially for stealth, is the ability to bend light. This effectively aids us in hunting as it makes us invisible to our prey. The same technology underpins our ability to enter and to leave planetary orbit. We supplement this technology with simple propulsive techniques such as rocket type engines.

Our ability to generate substantial energy small packages, as typified by the nuclear fuel cells built into our hand guard shields is used to elevate the combustion temperature within our rockets allowing the use of much less fuel with much greater propulsion.

This obviates the problems faced by most human rockets which are namely that firstly chemical energy is very heavy for the amount of heat and propulsion that it generates and secondly chemical rockets need to carry their own reaction substrate such as oxygen, (which again is extremely heavy).

This means that human rockets are substantially more massive than those used by our people.

The ability to achieve planetary orbit efficiently and at low cost is a basic requirement for a space faring species. Many technologies can be used, but the crucial issue is energy density.

Kinkajou:   Most of our audience would like to know something about you and your species.

Predator: Our species evolved at the top of the food chain as hunters or predators. We pride ourselves on the ability to hunt down and overcome others. Our technology simply enhances our effectiveness in these tasks.

Not everyone can own and operate a spaceship for hunting purposes. As you can imagine, in human society only the very rich would have the capacity to undertake such an activity. However the drive to dominate, overcome and to hunt is paramount for us.

This has limited our development as a species.

The ultimate prey is oneself. Our hunting and fighting instincts make it difficult to build our society into a cohesive whole. Our tendency to conflict with others of our species discourages cooperative effort and growth.

Our entire society is socially engineered to allow those at the top of the predation chain to control all others. Consequently status and success in conflict is essential to us. To hunt and to kill is to be seen as being successful. There is no other way for us. 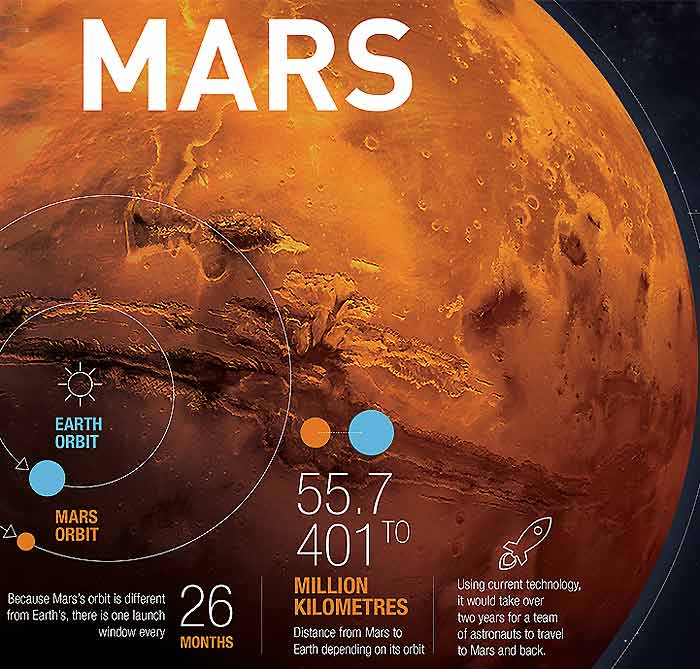 Kinkajou:   The space elevator being built on Mars is extremely interesting to me. My own civilisation is wrestling with a capacity to build something like this to enable humanity to escape from our planet. Tell me about this technological marvel.

John Boone:     I remember I first talked to some miners. They were using robotic earthmoving machines to extract and stockpile metal, planning on moving it to planet Earth when the space elevator had finally been built. The miner told me that the materials were there. Graphite whisker reinforced with diamond spirals were the basic prerequisites.

And on Mars, the project would actually be much easier than on earth.

Sometime later I saw a scale model of the project. There was a globe of Mars, one metre in diameter, resting waist high on a blue plastic stand

. Extending from the globe, specifically from the little bump that represented Pavonis Mons, was a silver wire about 5 m long. At the end of the thread was a small black dot.

The globe was rotating at approximately one revolution per minute, and the silver wire and terminating black dot rotated with it, always remaining above the Pavonis Mons.

The asteroid would be redirected from the Mars – Jupiter asteroid belt and would have a radius of approximately 2 km to begin with. The carbonaceous asteroid would be pushed into proper orbit, and then a nuclear powered robotic cable plant put to work on it, the plant extruding cable like spider spinning its thread.

The cable plant would be able to produce over 3000 km of cable a year, so it would only take about 10 or 11 years to complete the project.

The cable would be manufactured by robots mining and processing the carbon in the asteroid’s chondrites. Then, in the last stages of construction, the cable would be directed to its tethering point, above the Pavonis Mons.

At that point, the cable would be in a synchronous orbit itself, barely touching the ground, its weight suspended between the pull of the planet’s gravity and the centrifugal force of the upper half of the cable, and the terminal ballast rock. 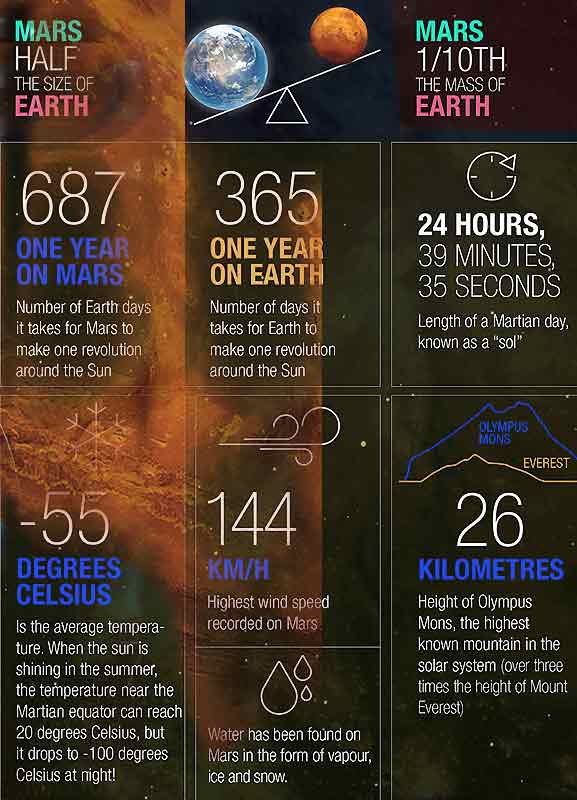 A few hundred elevators at least would be attached to the cable, and loads would be lifted into orbit using a counterweight system. There would be lots of material to lower down, delivered from Earth as usual, so energy requirements for lift, would be minimal. It would also be possible to use the cable rotation as a slingshot.

Objects being released from the ballast asteroid toward earth would be using the power of Mars’s rotation as the push, and would have an energy free, high-speed take-off. It was a clean, efficient, and extraordinary cheap method both for lifting bulk into space and for accelerating it towards the earth.

Given the recent discoveries of strategic metals which are becoming ever scarcer on Earth, a cheap lift and push like this is literally invaluable. It creates the possibility of an exchange that wasn’t economically viable before, but would become a critical component of the Martian economy, the keystone of this industry.

Kinkajou:   I can see how a space elevator would indeed be a critical component of building a space civilisation. Reducing the cost to attain orbit or to leave orbit are critical considerations in creating a space economy.