The quantum world has implications in classical mechanics science theory as well.

The foundation of the equation is structured to be a linear differential equation based on classical energy conservation, and consistent with the De Broglie relations. The solution is the wave function ψ, which contains all the information that can be known about the system.

In the Copenhagen interpretation, the modulus of ψ is related to the probability the particles are in some spatial configuration at some instant of time. Solving the equation for ψ can be used to predict how the particles will behave under the influence of the specified potential and with each other.

The time-independent Schrödinger equation is discussed further below. In linear algebra terminology, this equation is an eigenvalue equation.

As before, the most famous manifestation is the non-relativistic Schrödinger equation for a single particle moving in an electric field (but not a magnetic field):
Where μ is the particle's "reduced mass", V is its potential energy, ∇2 is the Laplacian (a differential operator), and Ψ is the wave function (more precisely, in this context, it is called the "position-space wave function").

In plain language, it means "total energy equals kinetic energy plus potential energy", but the terms take unfamiliar forms for reasons explained below.

A wave function that satisfies the non-relativistic Schrödinger equation with V = 0. In other words, this corresponds to a particle traveling freely through empty space. The real part of the wave function is plotted here. where i is the imaginary unit, ħ is the Planck constant divided by 2π, the symbol ∂/∂t indicates a partial derivative with respect to time t, Ψ (the Greek letter Psi) is the wave function of the quantum system, and Ĥ is the Hamiltonian operator (which characterizes the total energy of any given wave function and takes different forms depending on the situation).

The term "Schrödinger equation" can refer to both the general equation (first box above), or the specific nonrelativistic version (second box above and variations thereof). The general equation is indeed quite general, used throughout quantum mechanics, for everything from the Dirac equation to quantum field theory, by plugging in various complicated expressions for the Hamiltonian.

Interpretations of quantum mechanics address questions such as what the relation is between the wave function, the underlying reality, and the results of experimental measurements.

Each of these three rows is a wave function which satisfies the time-dependent Schrödinger equation for a harmonic oscillator.

Left: The real part (blue) and imaginary part (red) of the wave function. Right: The probability of finding the particle with this wave function at a given position.

Erasmus : The electron is a subatomic particle, symbol e− or β−, with a negative elementary electric charge. Electrons belong to the first generation of the lepton particle family

Dr AXxxxx : We have come a long way. Of Course! It is Concerning to those of us, charged to see.

Nature of Matter in Universe

Both these forces are weak when compared with the forces we are able to experience directly, but the electromagnetic force in this example is some 39 orders of magnitude (i.e. 1039) greater than the force of gravity—roughly the same ratio as the mass of the Sun compared to a microgram.

Erasmus :Neutrons and protons are both nucleons, which are attracted and bound together by the nuclear force to form atomic nuclei. The nucleus of the most common isotope of the hydrogen atom (with the chemical symbol "H") is a lone proton.

The nuclei of the heavy hydrogen isotopes deuterium and tritium contain one proton bound to one and two neutrons, respectively. All other types of atomic nuclei are composed of two or more protons and various numbers of neutrons. The most common nuclide of the common chemical element lead, 208Pb has 82 protons and 126 neutrons, for example.

Erasmus : A free neutron is unstable, decaying to a proton, electron and antineutrino with a mean lifetime of just under 15 minutes (881.5±1.5 s). This radioactive decay, known as beta decay, is possible since the mass of the neutron is slightly greater than the proton.

The free proton is stable. Neutrons or protons bound in a nucleus can be stable or unstable, however, depending on the nuclide. Beta decay, in which neutrons decay to protons, or vice versa, is governed by the weak force, and it requires the emission or absorption of electrons and neutrinos, or their antiparticles.

In physics, the proton-to-electron mass ratio, μ or β, is simply the rest mass of the proton divided by that of the electron. Because this is a ratio of like-dimensioned physical quantity, it is a dimensionless quantity, a function of the dimensionless physical constants, and has numerical value independent of the system of units, namely:
μ = mp/me = 1836.15267245(75) .

The number enclosed in parentheses is the measurement uncertainty on the last two digits. The value of μ is known to about 0.4 parts per billion.

μ is a fundamental physical constant because: 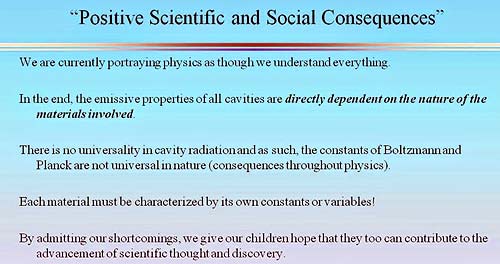