Humans can be recycled in many different ways.

Kinkajou:   Thank you Frank for agreeing to talk to me about the difficulties of your world.

Frank Thorne:    My world contains horrors. The human population on the planet has flourished to the extent that the entire world is permanently overcrowded. Many cities of five million in the past, now have populations over 40 million. Pollution is rampant. The oceans are dying from pollution and from greenhouse heating effects.

Many people are unable to support themselves, or are unable to afford a place to live. Homeless people fill the streets. Approximately half the population is unemployed. Even the employed have difficulties making ends meet with what little they are able to earn.

The sheer enormity of the population means that there is little that can be done to improve the lot of many, to create gainful employment and to give people opportunities to work and to improve themselves. We have to some extent given up on even thinking about helping the bottom half of the social strata.

The rampant human population means that there are few resources to share amongst many. And the rampant era of the Industrial Revolution has meant that many resources have become depleted as well. Our biggest natural resources are the oceans of the world which cover two thirds of our planet.

It is only by harvesting and processing food from the oceans that the human multitudes can be fed. In the past we have produced “red” and “yellow” plankton wafers to feed the human hoards. But more recently the Soylent Corporation has begun producing a much more nutritious and palatable wafer: they call “Soylent Green”.

This new wafer is reputed to contain high energy plankton from the world’s oceans, and to be more nutritious and palatable than previous products or the products of its competitors. Most of the populations survive on processed food wafers such as these.

Kinkajou:   Your world would seem to have some substantial food biotechnologies.

Frank Thorne:  Perhaps. It is the harvesting of plankton, from the bottom of the food chains of the oceans that supposedly enables us to sustain our population. The concept is similar to how the largest animals in the sea: the Whales are able to feed themselves. Their sheer size means that they need to acquire a large amount of food to sustain them. In the greatest amount of food exist at the bottom of the food chain. Consequently, the largest Whales filter water to extract planktonic plants and animals for nourishment. This is what we have needed to do.

Kinkajou:   In our world, there are substantial prospects for food production spanning the production of bio-glucose from lignin, cellulose and plant structural materials. In fact, some of us believe that we could possibly sustain human population 10 times greater than that currently on our planet: a total of perhaps 70 billion people, and still produce a smaller footprint on the planet than we humans have ever made in our past.

Another method of food production much lauded in my world involves the use of vertical farms. By optimising growth parameters: nutrients, water, pests and parasites, and light we can significantly increase crop yields.

In particular, the ability to produce light at the exact frequency required for the absorption of light and carbon dioxide by chlorophyll, guarantees a highly crop yields for a very low energy price. There are better alternatives to sunlight, even though sunlight is free. Catch solar energy at many frequencies, convert the photovoltaic energy into electricity and then convert this in light energy from wavelength specific LEDs.

Complex, but it substantially increases agricultural yields from given specific solar energy inputs. An efficiency I think few have even considered.

How has your world dealt with the issue of recycling?

Frank Thorne:  In my world the hordes of destitute and homeless and hopeless, guarantees that even the most disgusting of rubbish has a value. Everything is recycled. And this is where my investigations of a murder took me. I obtained a copy of the classified Soylent Oceano-Graphic Survey Report.

It became obvious from reading this, that the oceans are producing significantly reduced plankton yields. So if the Soylent Green was not coming from the oceans, it must have been sourced somewhere else.

I became concerned from where Soylent Green was really being harvested. The concept of Recycling was the key. The only source of high-quality protein matching the protein present in the wafers was from humans themselves. The corporation was using human remains and recycling these to provide food for the multitudes.

It was a horrific discovery and a very bitter realisation. My friend was unable to cope with this reality, and sought assisted suicide at a government clinic that they called “home”.

It brought back to me some of the horrors and tricks of the Nazi era. But we had gone one step more. Not only were we tricking people into assisted death, but we were consuming them for food as well. We were lulling them with the visual and musical montage of forests, wild animals, rivers and ocean life now extinct. These pictures did not represent our world at all.

I had to tell others about it. The catch cry to spread the Word became that “Soylent Green is people”.

Kinkajou:   It is exactly these sorts of horrors the technology must prevent. Once, a large valley could only support a small tribe of hunters. But with the development of animal husbandry (herding) and then farming, the human population burgeoned. Every challenge created by the increasing human population was met by improved crop yields and efficiencies generated by technology.

But the race is not over yet. As I’ve mentioned, the extraction of bio cellulose from plant lignins as well as optimal use of energy to light conversion supporting chlorophyll functions, means that our world has been able to support progressively greater human population.

But while technology solves problems, is the social aspects of competition and lack of cooperation which Haunt our growth and provide the fertile ground for horrors such as Soylent Green.

Thank you Frank, for your honesty. The future can be a better place. Technology is the key. But people need to develop a responsibility to protect the environment and our biosphere, to enable sustainable population growth in the development of our world and all of its species. 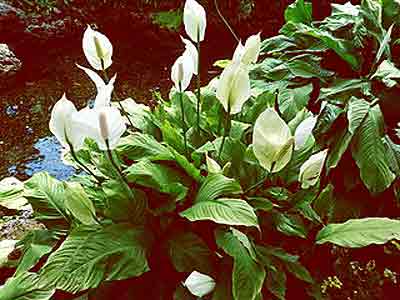 Peace Lillies: for the end

Kinkajou:   In your era, people can live a variety of lives at any one time and then input the experience back into the real person. The short lifespan of the individual “ditto” guarantees that the “ditto” copies remain part of the original (real) person.

Albert Morris:  It is not always a pleasant experience being a ditto. Real flesh is supple. It doesn’t start flaking after just 24 hours. Protoplasm is so tenacious and durable that even a drowned corpse resists decay for days. But as a ditto, at 24 hours your skin is already sloughing. In as short a time as a single day, your body is expiring and unravelling with disconcerting speed. Your life is effectively over. Your body is in process of recycling itself, instantly and irrevocably.

Kinkajou:   I can see some unpleasant aspects to this. Imagine being forced to remember oneself falling to pieces before actually dying.

Albert Morris:  Many people refuse to “ inload” if they suspect the creature (ditto) has had a bad experience. But I figure if you make a creature, you’re responsible for it. A ditto  returning to you with an unpleasant experience wants to matter. They can  fight like hell to continue and they should have a right to be part of me, as much as the several hundred others who I have in-loaded over my life, ever since the first time I used a ditto and infilled.

I remember watching a mutilated blue police cop ditto, limping along and then returning to its work. It would have seemed heroic a century ago. But we all know what personality types get recruited for the constabulary these days. A real cop would probably unload the ditto’s memories and enjoy it, no matter how macabre.

Kinkajou:   How alike to the original are the ditto copies?

Albert Morris:  It is said that at least one character trait always stays true, whenever a ditto is copied from its archetype. No matter what else varies, something from the basic nature endures from one facsimile to the next.

In out- loading, the copier gently sifts your organic brain to engrave the standing wave onto a fresh template made out of a special type of clay ripening in the kiln. Soon a new ditto departs into the world to do its work while you have breakfast. No need to even tell it what to do. It already knows. It’s you. However dittos can only live 24 hours, then they fall apart. The pseudo-flesh dissolves and can be recycled.

At times I had been putting off some home chores – groceries, laundry, mowing the lawn and fixing a toilet that keeps blocking up. Why would you spend your own precious time doing these chores, when one green ditto assigned to the tasks would suffice. Tasks accomplished but precious time preserved, and used for “value” activities.

Kinkajou:   So how do you cope psychologically with being a “ditto”?

Albert Morris . I remember visiting my girlfriend once. She was not home. She left me this note. “I left  a “”me”” in the freezer in case you get lonely.” I felt like a husband whose absent wife left a ready to eat supper in the fridge.

I also understand why some lawbreakers won’t implant their copies with remote-controlled bombs. When I’m a ditto, I like to pretend immortal. It helped me get through a day.

Kinkajou:   Being able to make a ditto of yourself must be a truly incredible experience. And you can recycle not only the living body, but also experiences. You can experience things that you have already experienced and may want to remember experiencing. You actually do have a choice about what path in life you may wish to remember.

Albert Morris:  Could be. It’s a unique technology.