What is a skeleton lying on the ground for 10000 years, but a failure in recycling.

Recycling is the technology that no one wants to talk about. It isn’t exciting. It isn’t sexy. And it doesn’t even appear to be very interesting. But every ship that may travel through space, has limited environmental space.

Even our earth is a spaceship, albeit a very big one. It is in small ships with much smaller resource buffers than the average planet, in which recycling becomes critical. When we breathe, we use oxygen and create carbon dioxide.

When we eat, we burn carbohydrates or proteins or fats, in the process releasing carbon dioxide and water. If we are to maintain an environment able to sustain life, these waste materials (gases) must be maintained within tolerable limits.

Too much carbon dioxide or too little oxygen- is likely to be lethal. The carbon dioxide needs to be recycled into oxygen to allow the biochemical process of life sustenance to continue.

Large ships such as our planet, appear to the average person to have almost limitless environmental buffering capacity. But as the human population burgeons from 7 billion to the 70 billion touted by Erasmus, the activities of our species begin to challenge the natural recycling occurring on our planet.

A dead and decaying animal releases smells from the range of toxic gases and volatile organic compounds  generated as it decomposes. If a large atmosphere is available into which these chemicals can be dissipated, there really is no problem at all. But if the atmosphere is small and limited, common sense dictates that these chemicals must be recycled more efficiently and without generating noxious or waste gases.

Even a large habitat such as our planet can fail to recycle. After all, what is skeleton lying on the ground for 10,000 years, but a recycling failure? 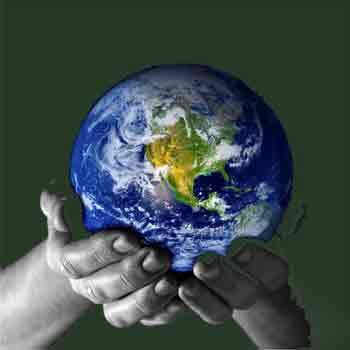 Some predators in fact bury food, not for purposes of recycling, but as a crude method of preservation of food and as an insurance against future hunger.

The above examples are both simple and crude. But humanity, even today, is capable of highly complex recycling activities.

The key driver is often economics. The crucial achievement is to create useful objects from waste recycled materials more cheaply than can be made from virgin ore or materials. And it is this economic necessity which imposes constraints on the extent of the recycling technologies used. 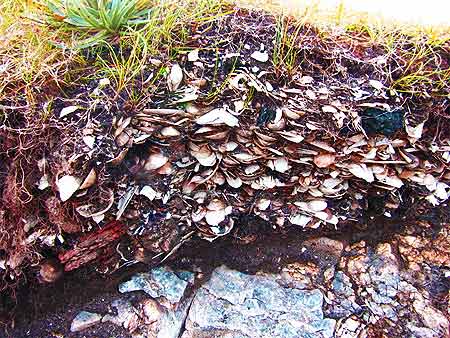 Recycling is a deceiving technology. While burying waste materials in the ground seems simple, the chemical and biological processes initiated by such an act can be complex indeed.

And if humanity hopes to mimic these processes, it must understand these processes. The chemistry involved in biological degradation of waste materials is complex and variable.

Much of the battle in recycling is knowing which processes to invoke, under what circumstances and to create a predictable yield in terms of both quality and quantity.

Recycling on a planetary basis will occur quite adequately over long periods of time and can employ a vast range of biological agents, sequentially. Recycling in a closed environment such as spaceship becomes a critically important achievement.

One can only rely on biological processes that can be initiated by materials or organisms which have been stocked in the spaceship.

The types of waste generated by the recycling activity such as waste gases (carbon dioxide, hydrogen sulphide, carbon, or other biological molecules) become important in restricted space environments. If the environmental reserve of the spaceship cannot deal with a large output of noxious gases from rotting materials, this type of recycling must not be undertaken.

The processes required, their control factors, the biological organisms involved must all be known in advance before the recycling process is initiated. A spaceship, unlike a planetary body has a limited ecosphere and much less tolerance for mistakes.

The challenge in recycling is understanding the chemical and biochemical processes involved in recycling efficiently. Sadly the better recycling is done, the simpler it seems to be, giving the impression of there being no technology at all involved. 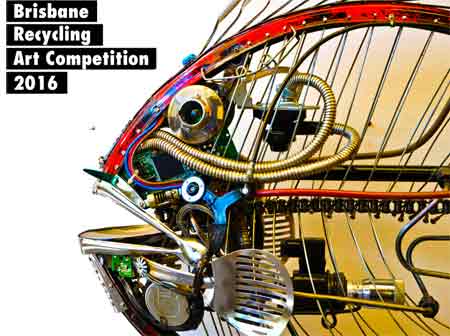 Best examples from Science Fiction referring to this technology:

Our examples from the Galactic travelogue mentioned the example of Soylent Green. While it may be possible to recycle humans into food, at the most basic level one runs into sustainability issues.

If one person can be converted into food to sustain 100 people for a day, in 100 days there will essentially be no people left to eat. Recycling people, at least as a food source is never likely to be a viable long-term proposition.

We have the example of James Blish’s “ Cities in Flight” series. Although a city is defined by its encompassing spin dizzy field is large, consider the available atmosphere per person or available land area per person in the city of 1 million people – in effect the spaceship of million people.

In such a city: air, water and solid materials organic and inorganic must be recycled efficiently and with a minimum amount of generated waste to make the space city concept viable.

Is interesting to consider that recycling itself can generate waste which may then need to be recycled. Again the issue is in choosing the processes, to control the yield in terms of both quality and quantity. And poisonous materials as a by-product of recycling processes, give you a failed grade in the school of life.

In almost every novel about humans travelling through space, recycling is almost a forgotten concept. Probably the closest we come to experiencing the constraints placed on our activities by limited environmental space is to consider the concept of the submarine.

The crew of the submarine must operate for periods of time separated from their environment. But you only need to surface and pop hatches to replenish supplies, an option not available in a spaceship.

Another novel that makes an impression is Alan Dean Foster’s novel: “ Mid World”. The planet is in effect, a  living organism full of living organisms. In an intricate chain of inter dependent species, energy and molecules are transferred and recycled.

In Frank Herbert’s novel “Dune”, we see how humans hope to change the entire ecosphere of the world by changing the path by which a planet cycles its water. Humans become a biological force for change in their own right.

The ability of robots to recycle components through to other robots has been breached in many books. Machines can many ways be thought of as a single compatible life form with components that could function in other constructs. Animals will never be swapping livers kidneys brains or hearts, but a robot can.

Desert at Moreton Island near Brisbane

Probably the ultimate recycling monster is “the blob”. A science-fiction horror, but potentially harnessable as a simple mechanism for recycling animal organics.

In Vernor Vinge's book “A Darkness in the Sky”, mention is made of scientists creating closed micro ecosystems encased in glass. The challenge is that every molecule that can be produced by every species within the “bactry” must be capable of being recycled. Otherwise a build-up of waste will occur in the micro environment and all will die.

A fun concept, but it throws down the gauntlet of efficiency and sustainability. To enable the recycling of every molecule, there must be biochemical machinery within each organism capable of undertaking a range of the tasks required. Imagine an extreme example of a “bactry” in which the skeletons of the organisms cannot be recycled.

On our planet such an example hardly bears notice. There are many places in the world where the beaches are not made of sand but from the degraded shells of many marine sea creatures.

A planetary environment can afford such exuberance and excess, but not a little sphere of glass encasing a range of microscopic life forms.

Marketplace: Putting sorted rubbish on the market can allow many people access  to “ rubbish” , which can in some fashion be recycled for value. It does not have to be just the council which chooses who and what can recycle.

Let anyone anywhere with a useful idea for utilising the rubbish, access to this resource. It is much the same concept as we have promoted under the banner of world trade apps or internet apps. Letting small groups of people organise their own collections may even be a viable idea in specific locales.

Sky Burial: This sort of thing happens already on the sly when goods are placed on the footpath for the city council to pick up for recycling. Neighbours and “junk” men cruise the streets and take away whatever gets their fancy. But it is probably a good idea to do this formally : say a couple of days  per year as well as formal pickups of rubbish. 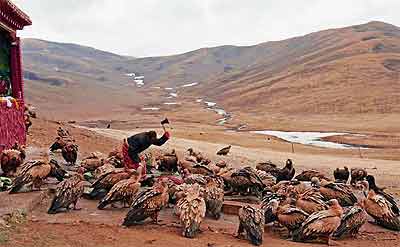 Why not deliberately  let one’s neighbours and others have a chance to choose and take items that have no intrinsic value to us  ( at least we have decided to get rid of them) rather than dump them so no one can have them or to have “ junk” men come to collect them for their profit.

There is some value in encouraging the sense of community ,not just in supporting professional recycling.

Education: We all have to work together to achieve our purpose, so we all need to know the rules we are working under. Educating the children formally and to a level where they can usefully act as a resource to their families, should assist the process of recycling considerably.

The most common recycling strategy is for recycling commingled rubbish at a central depot: i.e. the council recycling station but this does not need to be the only way forward.