was much due to the availability of funds to allow reconstruction.

You can build your own future instead

of having to worry only about today and now.

Goo :How does the World Bank operate?

Firstly is the IRBD. This is “International Bank for Reconstruction and Development” (IRBD). It was created in 1944 to help European countries rebuild after the Second World War. The IBD is owned by the governments of its 188 member countries. These countries govern the World Bank through the board of governors and the board of executive directors.

Each member country is entitled to appoint one governor and one alternate governor to the board of governors. Each country receives a quota of voting rights (250 units) and is also allocated one vote for each share of the bank’s capital stock held by the member country (this is substantially more than the 250 units initially allocated just for membership).

This means that the owners of the capital supplied to the World Bank have a greater say in how the money should be allocated and spent. The IRBD predominately works with second world countries. The Board of Directors consists of the president and 25 executive directors appointed by the members. The executive directors are not allowed to commit or represent the bank unless specially authorised by the Board of Governors to do so.

The IDA to different subsidiary organisation of the World Bank. It predominately works to fund economic activities in the poorer countries. This is a summary of the voting rights of the contributing countries to the IDA.

As I said I believe it is appropriate for the countries that contribute the most, to have a say as to where the money is sent and spent. If you are engaged in charitable works, it is appropriate to know that your money is being spent wisely and is of benefit to recipients and merely appropriated by institutionalised corruption.

I think proposals are executive board members of the World Bank and the IMF be accountable to their home national parliaments institutionalises undue influence on the operations of the organisations. It is an accepted democratic policy that people's companies / institutions should be free to operate independently of the influence of government, and only with regard to the interests of their members.

Kinkajou : Where does the World Bank get its’ money?

Erasmus : In many countries it is the IBD which is known as the World Bank. The greater proportion of the IBDS’s funding comes from capital reserves donated by the bank’s 188 member country shareholders.

The World Bank also maintains a Triple-A credit rating and this allows it to borrow at low costs and offer middle income developing countries access to capital on good terms such as providing large quantities of money or longer maturities for loans than can typically be provided by the world financial markets.

The IRBD sells also bonds to private and institutional investors throughout the world. A portion of the IRDB’s funding comes from small margin derived from this lending. (Demanding strict financial discipline to maintain the banks favourable AAA status). The IRBD also maintains a reserve of “”callable capital” of approximately US$178 billion. This enables the IRBD to meet obligations for borrowings through bonds or for guarantees given.

The IRBD donates money to the IDA, thereby providing working funds for this organisation. 40 donor countries additionally replenish the funds provided to the IDA every three years. These monies are then available for interest-free loans and grant assistance to the poorest countries. The IDA is the world’s largest source of this type of funding. The IDA accounts for approximately 40% of the lending done by the World Bank.
Goo: it seems unfair to complain that inadequate funds are allocated to the poorer countries, when this largesse this is distributed slowly due to the philanthropic donations of its members.

I can also see your point that the owners of the capital are likely to be more responsible in its use and the borrowers. If the borrowers of funds controlled the World Bank organisation, is unlikely that any money would ever be repaid. Also the World Bank functions largely as a facilitating institution, so loans that are repaid can be used for different purposes to benefit other poor countries.

Kinkajou : How about the IMF?

Erasmus : Each member country of the IMF is assigned a quota that is based on the sizes contributions the world economy. This determines the member countries maximum contribution to the IMF’s financial resources. A country on joining the IMF would normally pay one quarter of its quota in internationally recognised currencies such as the US dollar, euro, yen or pound sterling. The remaining three quarters can be paid in the country’s own currency. Quotas are reviewed every five years.

This money is used to create special drawing rights (SDRs) which are international money reserve asset used to supplement the official reserves of its member’s countries. SDRs can be exchanged for freely usable currencies. The SDR was created to replace national countries official reserves, generally government or central bank holdings of gold or widely acceptable foreign currencies such as the US dollar.

These had proved inadequate to support the growth of world trade and financial development that was occurring in the world. The SDR is not a currency. It is not a financial vehicle like a bond which creates a claim on the IMF. It is a potential claim on the freely usable currencies of the IMF members. Holders of SDRs can obtain these currencies in exchange for their SDRs by one of two methods. Firstly through voluntary exchanges between members.

The IMF functions to underpin the financial system of the world, facilitating world growth in the globalisation of world finances. It allows money to move around the world. What follows is a summary of the SDRs held by some of the main member countries of the IMF. Note each country has designated representative.

Out of date but the page is about the concept not full current details.


At the present time all 188 members are participants in the Special Drawing Rights Department.

Goo : So the final word is a need to use our sense of shared humanity to encourage and strengthen the global community. Greater access to markets is not a panacea. There are many interests between givers and takers of goods, produce and services.
Not the bosses, not the state. Let the workers decide their fate.

Government subsidies have also exacerbated the situation by hiding people from the reality of their uneconomic and uncompetitive activities. The final result: the complete closure of all car production in Australia. Cars in Australia must now be imported, as the country lacks industrial wherewithal to produce in itself.

Erasmus : One mother I know was negotiating with her daughter to pluck her eyebrows.  I walked in the end of the discussion.

Mother: we have agreed on a figure of five dollars per eyebrow.

Erasmus : You take advantage of your daughter forcing her to do this for you.

Daughter: No! I pressured mom into giving me five dollars per eyebrow.

Erasmus: So you are an opportunistic capitalist taking advantage of your mother’s timid nature and her desire to please you.

Mother: No! It’s a good deal. It would cost me more to do it in the beauty shop down the road. Five dollars is a bargain and everyone loves a bargain. (Discussion ends).

Erasmus : And in this fashion progresses trade negotiations and world trade. Everyone loves a bargain. And sometimes it’s very hard to differentiate winners and losers.

Kinkajou : I think that this suggestion is more a fait accompli than something that needs to happen in the future.

Erasmus : I agree. The downstream benefits to the human race are immense. The planet will be home to 7 billion technological humans not a billion technological people and 6 billion primitives. This means that we can all help the technological wheel to turn and to grow. Everybody on the planet shares a better standard of living and we all work to some extent for each other, enriching ourselves to the mutual good.

The basic examples are obvious in so many fields. For example:

Erasmus :  An industrial mixer for medicines is a very special machine. Where medicine doses are measured in mg per gram, they ensure an even distribution of medicinal active ingredients in the pill mix. If  patient is taking a medicine in a dose of 5mg in a tablet weighing 1000mg ( a gram), it is dangerous to have some tablets containing 6 mg of medicine and some containing 4 mg of medicine. Industrial mixers achieve this special purpose, in quantities of tablets measures at the cubic meter volume, It is nothing for a mixer to churn out the raw material for 1 000 000 pills at a single batch. 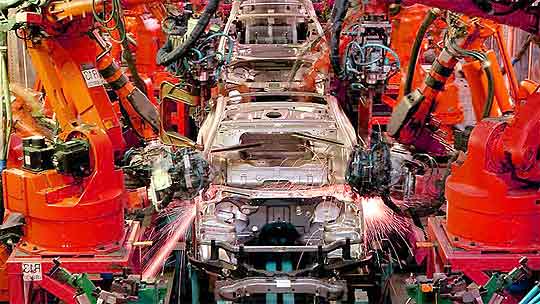 Erasmus : Through these examples it becomes obvious that there is a world market and people are beginning to increasingly specialise in their commercial roles within our civilisation.  Also, the capacity to work for each other and earn a living makes more sense as a model for our cooperation than the military model of conquest. Why conquer a country and fight to maintain production and security. A commercial contract makes these same people actually want to work as hard as possible to help you get what you want. It makes a lot more sense.

As someone unknown but perhaps well recognised in the future said; “War is the first recourse of the inept”. Colonialism and conquest makes very little sense in our existing world. We have globalisation and world trade to thank for enriching all our lives and creating a world of peace and prosperity.

Erasmus : Much of the technology that exist on this planet relates to a very few basic driving factors.

Erasmus :When I was younger, a car needed its piston rings to be “redone” at about 100k -120k km. Now, the same style of vehicle will usually hit over 200 000km of travel before the same repair needs to be undertaken. What we are seeing here is the almost invisible seepage of technology into aspects of car manufacturing:

All these add up to enhanced engine life. Better cars lasting longer. This helps us all.

Kinkajou : Summarising, I think that globalisation and world trade has made us a much more robust, broader based and powerful civilisation on this planet. Where this may take us is not easy to see. At what stage, we need to start thinking beyond nations and to start thinking more of ourselves as brothers is another issue as well.

Erasmus : The doctor who invented the Paill spectrum theory said that “We are all in this together”. Our civilisation is no longer just about individuals or nations. All men are brothers. Our common interests override all other considerations. His theory suggests that all men face common problems in common diseases. We all need the same solution and all need to work towards finding it.

World trade has been a god thing for the world. Just at a very personal level, I can buy an electric drill, jigsaw and sander for less money now than I would spend on just the drill twenty years ago. This is world trade in action. My life is better for this. Someone who I paid to make this equipment is better off for my paying him or her to make it.

World trade and globalisation enriches us all. It is one of the very cornerstones of our civilisation. It is fuelling the growth of technology and civilisation on this planet . 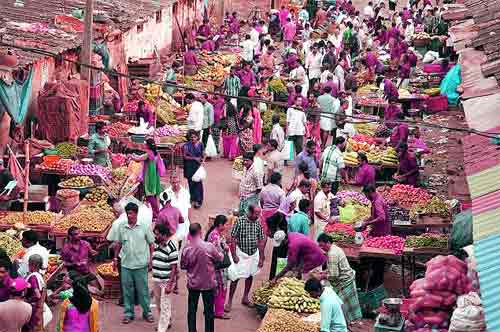