Every person and every country needs a kindly old grandfather:

to help teach and cope with the hard lessons of life.

Kinkajou : World trade is the single most critical linchpin in building a world civilisation. It ensures that we all work for each other. Instead of 1 billion rich people on the planet and 6 billion poor people, there will be say approximately 6 billion people enjoying the full fruits of technological civilisation.

Any problems  the world faces, can be dealt with by the world, not by a small portion of it. Economics ensures that countries that only have labour to sell, are able to have all their citizens employed working for others albeit cheaply. The alternative is that their citizens may not be employed at all, and be forever condemned to poverty and not to share the gifts that technology grants us all.

Our world faces many problems. Corruption seeks to enrich a few at the expense of the many. By concentrating money and wealth, many people are driven into poverty and lose opportunities that financial resources would grant.

Population growth is a problem for the planet. In much of the western world, many people choose not to have many children because they realise the cost of raising large broods of children will impoverish them. However in many countries, it is acceptable to raise 8 to 10 children, with almost no prospects of being able to support them.

The Chinese have faced this problem head-on. They have realised that there are more resources and choices available to a rich country of 700 million, than a poor country of one and a half billion. Unrestricted population growth also endangers the planet by stressing the ability of the ecosphere to provide resources for a burgeoning population. It lends itself to the horror scenarios of the catastrophic collapse theory of civilisation.

Resource scarcity threatens the ability of many countries to provide for their citizens. World trade allows the equalisation of resources across the globe. In Japan, the ability to produce food is limited. In many Western countries until recent decades, the ability to produce oil has been a critical factor necessitating imports. The development of the technology to extract oil from shale has allowed countries like the USA to  access shale oil reserves 10 times the size of “free reservoir oil” which we have previously been exploiting.

The development of world civilisation requires that there be standards for labour, pay, working conditions, and health care. It also creates an obligation for neighbours to look after each other. Vietnam felt obligated to crush the Khmer Rouge genocide in Cambodia. European countries are happy to accept hordes of refugees from Syria and to suffer the political consequences resulting from this, .Yet they seem oblivious to their obligations to maintain living standards and liveability for the citizens of Syria.

These attitudes create substantial effects on the development of industry in these countries. It has only been recently that financial systems to bypass religious restrictions on borrowing have become widespread. The Muslim system of borrowing is a fairly recent financial innovation. A person who needs to buy a house borrows a lump sum of money and it is to repay a fixed larger lump sum of money. This means that interest need not be charged – by passing the restrictions on Usury or moneylending.

It is important to realise that different people in different countries have different attitudes to world trade. Sometimes it can be hard to differentiate winners and losers – if both parties feel they are winning or getting an advantage, why should we anoint ourselves to sit in judgement of this situation.

The Brisbane markets at Rocklea. 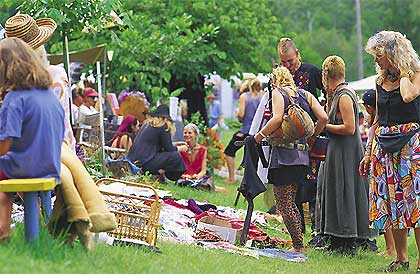 Examples from Science Fiction referring to this technology include:

In the Dorsai series of novels by Gordon R Dickson, humanity has developed a multi-planetary system of trade in skills and people. In the final analysis it is the people who are the most precious of the resources not the products of the factories. The people are irreplaceable. When conflict flairs throughout the stars, the technicians, the scientists and the people with skills are the ones who must be preserved, for the benefit of all.

Iain Banks: the Culture series. The culture exists on large space habitats, essentially spaceships. Each ship is capable of meeting all the needs of its citizens including food and for industrial production. In a society where all the needs of the citizens can be synthesised, it is information which contains the real value.

James Blish: Cities in Flight series. The cities are the worker bees  of the galaxy. They carry knowledge and they carry industry. They also carry a means for extending life. Anti – agathic drugs are commonplace, in fact necessary to galactic humanity. For the cities to cross the vast emptiness between the star systems, their citizens  must have a longer life to extend the application of the knowledge and skills they have acquired over their lives at some cost.

This of course creates the ultimate dichotomy. For a city in crisis – should it trade its life extending drugs? – Should it trade its knowledge? – Should it trade its industry or its people?. Cities are too small a geographical  entity to supply all their own needs, compelling them to trade with the planetary civilisations of the galaxy for resources. Oil and minerals being the most commonly required. At times new strains of food microorganisms such as chlorella also needing to be acquired. At times the cities are exploited by the planet bound.

David Brin: Star Tide Rising/ The Uplift war. The citizens of the galaxy including humanity are gifted by a pool of knowledge so vast, that no entity or species need to ever commit the gaucherie of doing innovative research. Everything that can be done has been done before. One only needs to find a reference to it to discover all information one needs to do it again.

Specialisation does exist. Space ship holds and optical communication fibres with specialised probability properties have been traded. Access to the library is freely given. But many of the smaller species have begun to realise that the dice is loaded against them. Freely given but not freely accessed. In a pool of knowledge so vast as to be an ocean, finding even a crumb becomes a task of years.

Frank Herbert: Dune. In this novel we see the ultimate target of free-trade. The “Spice”. The spice prolongs life. The spice improves health. The spice extends perception. The spice is only available on a single planet in the entire galaxy – Arrakis aka Dune. Every noble house within the galaxy seeks the “spice”. To control the “Spice” is to control the galaxy. And unlike many trade goods, the spice is compact, easy to package and easy to move. Every human needs it. Every human desires it. But not all can afford or attain it.

Elizabeth Moon: Vatta’s War series. Again another precious commodity in  the galaxy is that of life extension and life extension technology. They are expensive and available fully only to a few. Humanity can travel through the galaxy and can trade across the galaxy. However few commodities are worth the cartage costs.

Jack Vance: the Demon Princes series. The Jarnell Intersplit  drive has created a distributed civilisation with a plethora of elements of a fractured humanity, and the detritus of failed human genetic experimentation. The ease of travel also facilitates the ease of trade. Many goods on many worlds are worth transporting to many others.

Many worlds can specialise in the production of specific goods. Industrial production is largely based within the Oikumene, the central planets of human civilisation. And there is always a “Beyond”-beyond which the rule of law and civilisation fades. Evil men flourish in such a soil. Even the old vice human slavery manages to rear its ugly head. Evil men are traded back for justice to institutions within the Oikumene by private agents of the police.

Kirth Gerson sees his entire family captured and sold into slavery. He was  raised by his grandfather who died in his 19th year, bequeathing him a comfortable sum of money and a letter.

I have seldom told of my affection and high regard for you; I take this occasion to do so. You have come to mean more to me than ever did my own son. I will not say I’m sorry to set for you the path you now must take, even though you will be denied many ordinary pleasures and luxuries. Have I been presumptuous in so shaping your life? I think not.

For several years you have been self-motivated, and have showed no inclination to put yourself in any other direction. In any event, I can think of no more useful service for a man to perform than that which I have ordained for you. The law of man is bounded by the limits of the Oikumene. Good and evil, however, are ideas which encompass the universe. Unluckily, beyond the Pale there are a few to ensure the triumph of good over evil.

What is an evil man? The man is evil because obedience to his private ends, destroys beauty, produces pain, extinguishes life. A sharpest and first motivation in this matter, agreed, is no more than a primitive ache for revenge.

Five-pirate captains destroyed certain lives in this way and enslaved others who are precious to us. Revenge is not an ignoble motive, when it works to a productive end. You must seek Beyond and learn the names of the five. Then you must kill the five, and will do you  no harm to face the pain in the process, for they have brought an immense amount of pain and grief to others.

There is room for improvement in your marksmanship and knife play; you need fear few men at hand fighting. Your intuitive judgements are good; your self-control, economy of action and versatility are to be commended.

But you still have much to learn. The next 10 years, study, train – and be cautious. There are many other capable men; do not rationally waste yourself against any such until you are more than ready. In short, do not make a virtue of courage or heroism. A goodly amount of caution – call it fear or even cowardice – is a highly desirable adjunct for a man such as yourself, whose one fault it might be said to be a mythical, almost superstitious faith in the success of your destiny. Do not be fooled; we are all mortal as I now attest.

So, my grandson, I am dead. I have trained you to know good from evil. I feel only pride in my accomplishment, and hope that you will remember me with affection and respect. 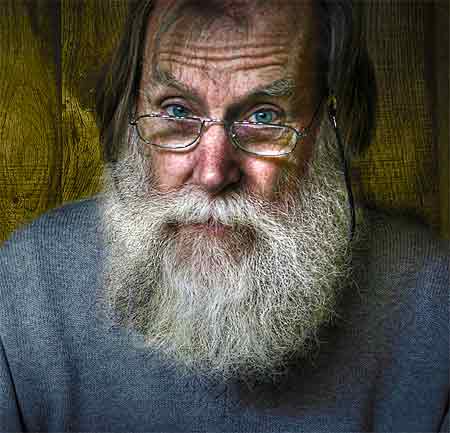