Erasmus and Kinkajou share their vision of technologies that will help us on our way.

A prediction has been made by our team. To survive extinction, the human race must become an aggressive space faring species. The synthesis of gravity and attaining orbit remain our most critical scientific challenges to guarantee our survival. 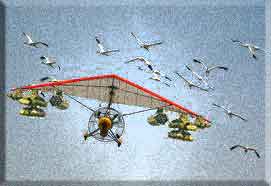 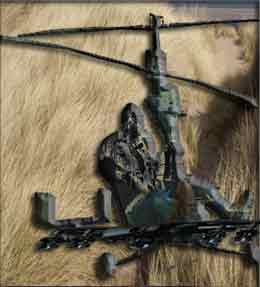 If the Human Race is to succeed, it will require new technology.

Fast Forward to the late 21st Century.  He who dominates the skies dominates the battlefield. Erasmus and Kinkajou’s vision of combat in the future involves a new “unit” in the field of combat. This unit is the aerial infantryman. Aerial Infantry, the new tech to dominate the "high ground" Go to Aerial Infantry 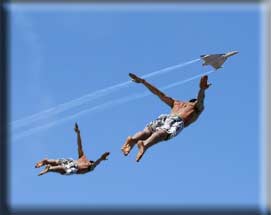 This site is devoted to the technologies in our future: past and present.  Technology that is changing our world or that will change our world.
“Where have we been and where are we going?”, is the question.
So Welcome: from Erasmus and Kinkajou

Probably best described as poisonous predatory mobile semi- intelligent plants. In the book by John Wyndham, the Triffids get their chance at world domination provided by human stupidity.
These guys are colder than a Dalek's Eye. Death and suffering don't compute.Go to Triffids Horrors

They are to me one of the most realistic disaster scenarios for almost world scale decimation of the human race. Interestingly a combination of 2 events: loss of vision and competition with a semi-intelligent though poisonous predator: the Triffid- whose other only claim to science fiction evil omnipotence is simple aerial sporulation as a means of reproduction.

The Stargate: Fast Forward to a D Day scenario. A human tech manning a monitoring station looks at his screen. In minutes they sky is covered with large Quantities of orbital ordnance, warships and troopers preparing to land or bombard you. There is literally no warning. One minute you are sitting there in the universe snug safe and secure. Sixty seconds later you realise you are sitting on the beach waiting for D Day to happen. And they’re heading right at you. Go To Horrors Goa’uld, Stargate

Sci Fi:The Universe in David Brin's Novel, "Startide Rising." Humanity has come of age on a galactic stage. Almost by accident, we have become senior patrons in a crowded galaxy. , the universe is a dangerous place. Full of big species. With big attitudes. Big fleets, and bigger guns”.
Go to Startide Rising Sci Fi

SciFi:Magnetic Programmable Nanotech Neuronal Control Mechanisms: Nanotech is used to enslave and capture human beings. A human can be reprogrammed to think of nothing but work and to work continually, without distraction, without taking the care to feed, clothe or in very few ways to look after themselves. People can become the ultimate slaves. Go to Nanotech Sci-Fi

Are Humans doomed to fight and die? Are they truly an aggressive militant species doomed to destroy themselves again and again?

Kinkajou (Anti-Grey Eelite Spetnaz Strikeforce Commander) says "give it" to anyone who diasgrees.
Go to Space Viking Sci-Fi

Erasmus: Who will show us the path we need to take?  The government perhaps? Or perhaps not? Where we live, the government has grappled with the complex issues of energy, greenhouse gases and pollution.

This site predicts advances in physics, warfare, genetics, social evolution, biology and technology that will change the way the world works forever. Erasmus and kinkajou showcase the possible, the esoteric, the things we hope we never see and the things we take for granted.

This site is devoted to the technologies in our future: past and present.
Technology that is changing our world or that will change our world.
“Where have we been and where are we going?”, is the question.
So Welcome: from Erasmus and Kinkajou 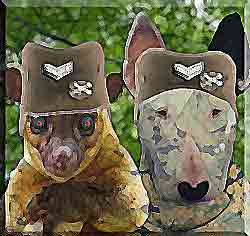 Not the Bosses.
Not the state.
Let Erasmus and Kinkajou map our fate

NEW TECH
This site is devoted to the technologies in our future: past and present.  Technology that is changing our world or that will change our world.
What will we need to stake a claim for our birth right in the future?
Where have we been and where are we going?
So Welcome: from ERASMUS and KINKAJOU

Our Sites and Related Sites

Learn about the new technologies we will need to solve the problems of humanity.

Learn About the genetic theory of personality in human behaviour

Can personality determine the future of Civilizations?

How are Personality Genes inherited , creating what personality of your children?

Achy painy Tired or irritable have lot in common.

Learn about our new theory of illness and how to treat yourself.

An Introduction to Paill Spectrum - for beginners.

Need to help a child with Aspergers, dyslexia or just having problems at school

Our new theory of illness gives answers and treatments.

Depression or anxiety may have treatments instead of antidepressant drugs.

If you want a cure that is.

Illness happens for a reason

We look at the management of the Corona Pandemic

The media have a lot to answer for in guiding the decisions of politicians.

The Psychoses and schizophrenia have plagued humanity since the early days we blamed devils or possession.

Now we have a theory of a new causes and a cure likely as well.

Kids failing at school. The answer is not just teaching harder. Dyslexia, Poor memory, slow development are part of the Paill Spectrum disorder.

New Treatments are possible. It now becomes an act of unforgivable stupidity to leave a child untreated- a child doomed to face darkness forever.

Tiredness and autoimmune disease are common, but there may be a new cause found suggesting new treatments even cures.

Do you need to help someone with a drug problem? We tell you how and what to expect.

You can make a difference but there are principles to follow.

We showcase Interests vs Enabling as a basis for your decisions.

You may save a life, if you know how

It began with scientists linking two matter strings on the other side of the Brane : the world around us that we cannot see or feel directly.
Humanity followed into the world that cannot be seen on the other side of the Brane, by choice.
What remains. A few isolated humans tasked with rebuilding a planet Earth tortured by years of human occupation.
Human masters of awesome power, technologies and knowledge.
The last humans cleanse planet Earth of the evidence of humanity, preparing the planet for new sentients, new sapients.

These are the stories about humanity transcendent: and the post human world- told through the eyes of a young 11 year old girl- Marissa.
Planet earth can be a dangerous and lonely place.  .

Showcasing man’s best friend , how to choose them and how to look after them.

Things to know about life to help you deal with life.

+ How to live healthy and Be Healthy, Rules for  Healthy Living

How to defend yourself in a Politically Correct World.

Stand up to the bullies who want to tell you how to think.

And we have been paid to promote:
How to Limit Doctors' Consultation times - for doctors, (in Australia).
The Ten Minute Dream.
www.cons10.com   :-/

Humanity is destined to become an aggressively spacefaring race or to face extinction.

Learning to generate Gravity is the basis for the dreams of the spacefaring Diaspora.

Learn the truth about Aliens on this earth.

Learn more about the Paill Spectrum family of diseases.

A Summary of the Erasmus and Kinkajou (EnK) sites.